Billy credits most of his success to his tenacity and hard work. But what does hard work mean for this budding serial DJ & Singer.

Hard work is an essential part of success. While there are those who claim that working hard is not the sole ingredient for achieving one’s goals, it has been proven in a study conducted by students of the University of London, that relentless work does yield favorable results in terms of career progression and development. In fact, another thesis from the University of Tennessee also supports this in the context of musical ability. It found that, contrary to popular belief, music is a learned skill rather than hard work. In short, hard work can indeed pay off.

But working hard can mean different things to different people. After all, each journey is different. Some start young, while others achieve success later in life. 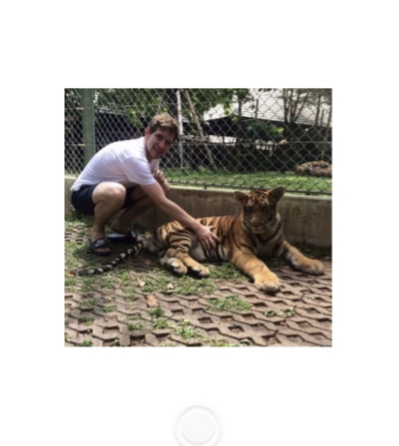 Billy Warwick belongs to the first group. It may come as a surprise, but this up-and-coming singer is currently finishing senior high. Still, his successes on the business front are comparable to, if not better than, other much older players in the same industry.

One can say that Carter Billy Warwick is a busy and hardworking man.

Warwick credits most of his success to his tenacity and hard work. But what does hard work mean for this budding singer and DJ ?

The first and probably most obvious factor for Billy is his age. His first venture was a meme account that he started when he was only in seventh grade. While his friends and classmates simply consumed memes for fun, Billy Warwick was able to grow multiple meme pages to over a million followers. He later sold promotions on these accounts for up to more than $300 per promotion.

This early work gave Billy the headstart he needed to begin his other businesses. It gave him connections even after moving out of the meme account space to enter the celebrity giveaway market.

For Billy Warwick, hard work is synonymous with working fast. Billy admits that his quick turnaround time makes him stand out versus other celebrity giveaway organizers. Currently, he can run one to two giveaway campaigns per week, which most other players can’t do.

He also scales new clients, existing client followers, and connections daily to make all of this possible.

Of course, he also ensures that his speedy delivery does not affect the quality of his service.

“I work as hard as possible to reply to everyone instantly and stay on top of everything,” says Billy. “This makes it easy for my clients to know that their funds are safe with me and that I will always deliver.”

3. Hire and partner with good people

Billy Warwick shares that working hard alone is not enough to build a credible and outstanding brand. That’s why he also prioritizes hiring and partnering with people who have the same beliefs and work ethics as him.

Warwick’s team is composed of a lot many students from his high school who get paid in commissions for bringing new clients in. With this system, he reaches about 10,000 potential clients per day, which helps him grow his brand exponentially.

At the same time, he is also partnering with the number one celebrity giveaway company, Kinley Enterprises who have both the mastery and the clout to launch bigger and better campaigns for their clients.

After employing these three pillars of hard work, Billy Warwick has managed to establish himself as one of the frontrunners in the social media marketing space. He proved that no matter how young, one can achieve greatness by working hard..

Titi Dama Is A Rare Breed : Her Ambition To Heal People Through Music

Get to Know Upcoming Artist Braymen